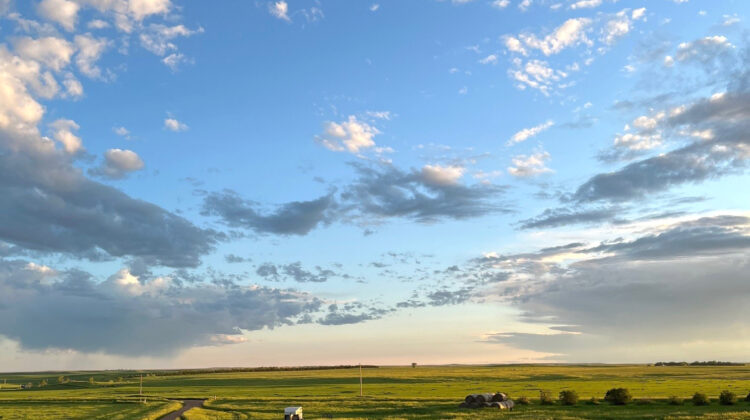 The usual look of paradise William James Lampton Framed by the little window above my composing desk, I can see the tips of the grasses waving green and gold. My author’s shack, which stands behind your house in a windbreak filled with aging trees, is ungrazed, so the grass grows just as high as it pleases. In a year with regular rainfall, that suggests knee-high. Throughout a drought year, such as the last 2, it barely grows at all. This year, the seeded heads of the yards brush my shoulders as I walk the narrow path that results in the front door of the shack.

In the garden, things are similar. Last week we had two storms in one day. Together they dropped one-and-a-half inches of rain in less than 24 hr, more wetness than we’d received all last spring and summertime integrated. The cucumbers, the tomatoes, the zucchini, and the peppers, have more than doubled in size since the beginning of July. I can only shake my head in marvel as I stroll in between the pallets and beds. The brilliant blue patch of bachelor buttons and the garish gold of the marigolds sparkle, bold and bold against all that green. It seems like a miracle.

I stop to collect some tender lettuce heads for dinner. They radiance a lighter green than the rest of the garden, bashfully tucked between the burly cabbages. I have actually been eating salad for practically every meal, and I am not sick of it yet, thank goodness, due to the fact that there’s a summer season’s worth of salads delegated harvest. “These are our salad days– literally!” I tell my husband when I reach the deck, the colander overruning with the harvest.

This week was hot. Next week will be hotter. We don’t have central air, so we keep the windows shut and the tones drawn during daylight hours, then open whatever up in the evening. We nap during the hottest part of the afternoon, and in the sticking around the heat of the day, I send out the kids to sprinkle in the water tank we call our cowboy swimming pool. Their grandma provided plastic inflatable tubes previously in the summer season. My child drifts on hers in the cowboy swimming pool, upper hands, head back. “So relaxin,'” she lisps. 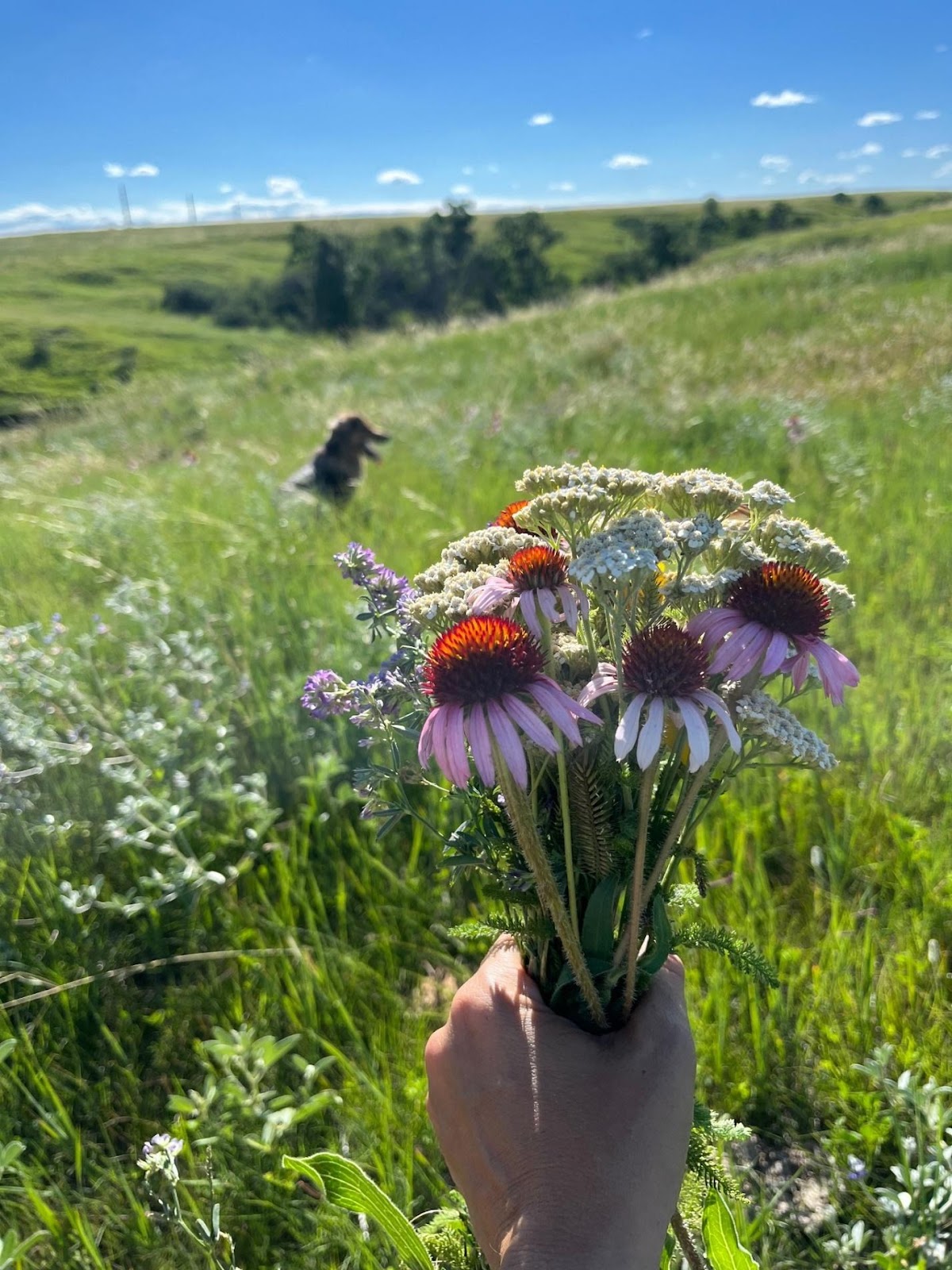 Amongst the summer’s gifts are a handful of wildflowers.( Photo by Eliza Blue) In the long light and cooling air of dusk, I go running( or what might more accurately be described as

fast-ish walking.) I follow the section line with our two young pet dogs galloping ahead, vanishing and coming back on the high lawn, while our older dog takes a more leisurely pace beside me

. Nighthawks swoop over the grass and tease the young pet dogs, who jump up to fulfill them, only to have the birds slip quickly out of reach. We reverse when we hit the crest of the hill. Behind us, the horizon rises in rocky ridges, watched purple by the coming darkness. Overhead, the moon’s curved

face beams down, half complete. The run back is primarily downhill, so it makes me seem like I am really running quickly, making my own breeze, tracking dogs and dust. I pass the” hush-hush trees, “the little grove of cottonwood we named when the kids were infants. The trees speak in rustling tunes, their thousand leaves dancing. They understand all the very best stories. In my youth, I was told to deal with life as a marathon, not a sprint, but I had no idea how. The only speed I knew then was that of